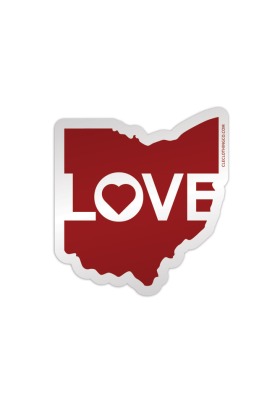 Recently, a friend of mine asked me what I say when people ask where I’m from.

It’s where I was born and raised, and where my car is licensed, and where my family lives. I still consider it home base, even though I haven’t lived there in a few years. That keeps the answer simple, since I’ve been moving around so much and have lived in something like eight different states and a Canadian province in the past five years. The longest I’ve ever stayed in one place since finishing my undergraduate degree was six months.

Which makes the upcoming prospect of grad school, and being stuck in the same place for two years, somewhat daunting. I try not to think about it that much.

I’m also trying to work on my vocabulary, and to use works like “have the privilege of living in ___ place” instead of “stuck.”

It’s all about the vocab.

And speaking of vocab…

For the past few weeks I’ve been reading my way through Siberia, via Travels in Siberia by Ian Frazier. It’s a great read, the only reason it’s been taking me so long to finish is that I keep getting distracted by other things, like Christmas (just one more page Mom, then I’ll come down and open presents!), New Years, family, driving back to Colorado from Ohio, starting a new job at an ice cream store here in Boulder… I know, I know, excuses, excuses. (But if you’re in Boulder you should come visit me at Glacier Ice Cream, I work at the Baseline store).

I’d read some of Frazier’s other writing in various magazines (most recently in Outside Magazine’s 25th anniversary book, which came out in 2002- since I get my books at used bookstores and Goodwill, they’re not usually recent releases. But good writing is timeless, so who cares?), and so when I saw this book at Goodwill, I snatched it up.

And yes, the guy on the front cover is in fact missing a few clothing items from the waist down. Which I imagine would be a bit chilly, given that he’s hiking in snow-covered mountains. Good thing he has boots on. And no, I didn’t pick the book based on the cover photo. I didn’t even notice until I got home, actually.

Now, you’d think a book called Travels in Siberia wouldn’t mention Ohio all that often (or maybe never), but you’d be wrong. Frazier grew up in Ohio, and mentions it a number of times throughout the book, including comparing the smell of Russia to that of Akron, Ohio in the 50’s. He also mentions Hinckley, which was part of my school district, and Buzzard Day:

Then one day I remembered a notable fact about the small rural town of Hinckley, Ohio. Every year in March, on or near the same day, flocks of buzzards [turkey vultures, for those who need to be scientifically accurate] arrive in Hinckley. Tourists gather annually to watch this event, and over the years it has given the town some small fame. People in Hinckley say that this convocation of buzzards began back in the nineteenth century, when Hinckley was a frontier town. The local farmers, wanting to tame the still-wild neighborhood, staged a big encirclement and drove all the predators to the center, where they killed them in heaps. Soon news of this bonanza reached buzzards all over, and they came to Hinckley and feasted. They’ve been coming back in March ever since, just in case.”

Frazier also remarks on the frequency of Ohioans who ended up in Siberia and wrote books about it:

In these early railroad years, when the Trans-Siberian was being built and just after, a lot of people from the American Midwest traveled in and wrote books about Siberia. As a Midwesterner myself, I pause to take note of this phenomenon. Adventurous sorts from Illinois and Indiana made trips by land, river, and rail, mostly for business but some for pleasure. The number of travelers from the state of Ohio alone is statistically off the charts… [lists Ohioans who have traveled to Siberia and written books about it, which I’m not going to bother typing out as it’s about half a page]…

That’s five people from Ohio visiting and writing about Siberia in the space of fifteen years, or an average of one Ohioan every three years. How can this oddity be explained?…

…perhaps something unknown in the flat, open landscape of the middle of America produces in a few of its citizens a strange affinity for the vastness of Russia.”

Or, perhaps there’s another explanation.

Remember the picture going around the internet about the number of astronauts from Ohio?

Before the moon was an option, there was Siberia…

Now I love Ohio, I really do, but I am writing this from Colorado. It’s not Siberia, or the moon, but it’s not exactly next door, either.

Don’t be offended Ohio, but you don’t have any real mountains, so I can’t stay. Sorry.The mountains are calling, and I must go. Or stay, rather, as I’m already here and can see the Flatirons out the kitchen window from where I sit here at the counter.

And to leave you with a song that always makes me think of home:

Ohio, by Over the Rhine

I know Ohio, like the back of my hand

Alone Ohio, where the river bends

And it’s strange to see your story end

One thought on “Siberia, Ohio, and the Moon”